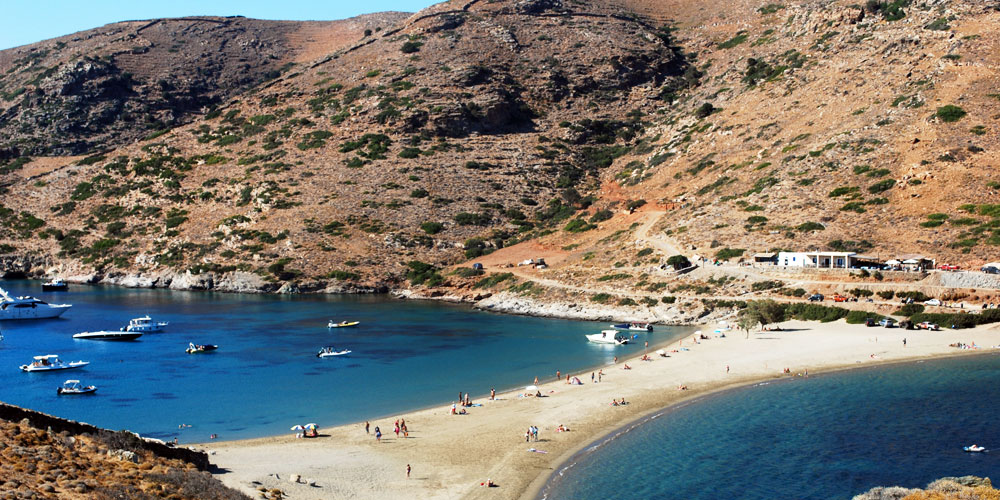 It was on the small island of Kithnos, famous in antiquity for the excellence of its administration, that recent archaeological finds have provided evidence of the earliest presence of man in the Cyclades.

Here, the terrain is mainly mountainous, but the harshness of the bare earth is relieved here and there by vines or fig-trees, while pretty little bays indent the coastline.

Yachts put in at Merihas, the port on the western side of the island. Hora (or Kythnos), the island’s capital, is a Cycladic village which stands on a hillside plateau 8 km. from Merihas. A little way to the south is the most picturesque town, Driopida, the capital of the island during the Middle Ages.

In the north-eastern part of the island lies Loutra, renowned for its radioactive thermal springs, which are considered beneficial to sufferers from arthritis, dermatitis and gynaecological problems.

The best beaches for swimming are on the south-west coast, but the island has an abundance of beaches, anyway: Episkopi, Flambouria (accessible only by boat) Loutra, Agios Stefanos,Mavriano, Martinaki, Kolona, Kalo Livadi and others.